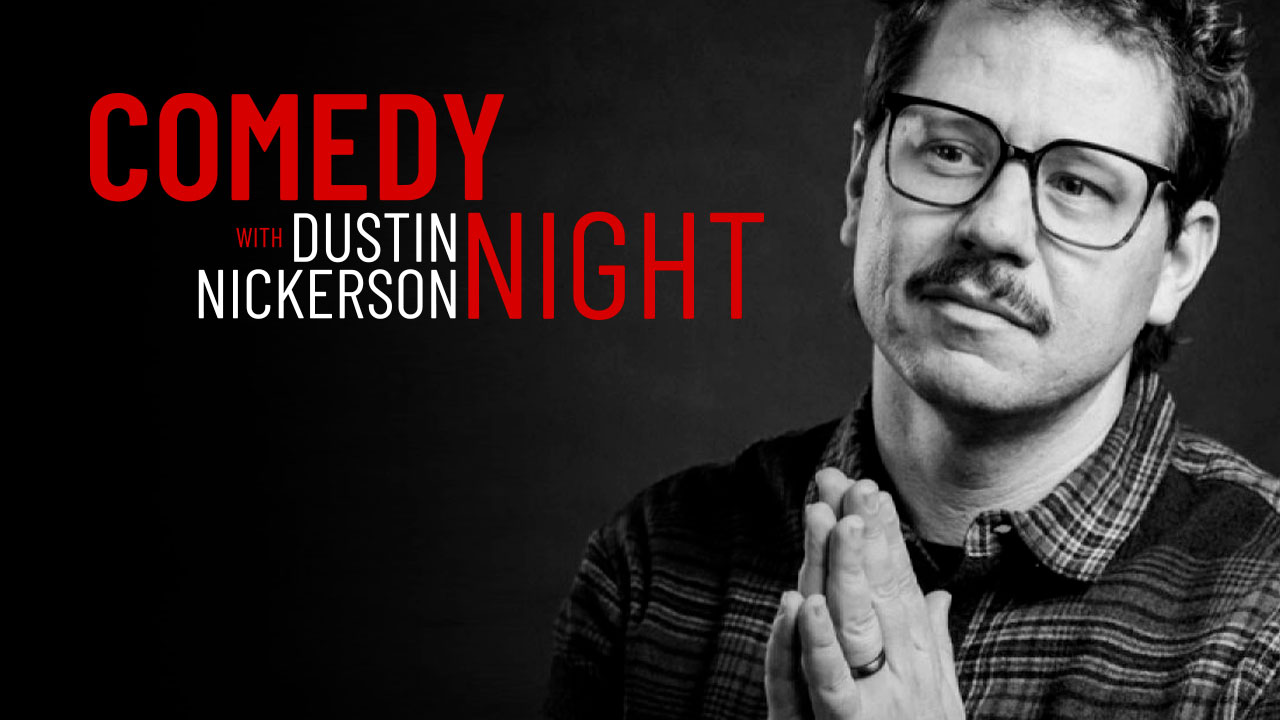 Join us for a night of clean, fun, roll-on-the-floor laughter with comedian Dustin Nickerson.

A Seattle native now suffering in Southern California, Dustin Nickerson is an in-demand comic on the rise. In 2020, he released his debut comedy special Overwhelmed which is currently one of the highest-rated specials on Amazon Prime Video. In addition, he’s been featured on Comedy Central and Netflix by Kevin Hart, the Late Late Show with James Corden, Fox, Hulu and can regularly be heard on Sirius Radio XM. Online, his stand-up clips and jokes have received tens of millions of views and his podcast, Don’t Make Me Come Back There, has over a million downloads.